Living with a depressed person

I'm reposting this. I wrote it months ago when not feeling too flash and then took it down in case certain people who may be reading became unnecessarily concerned. But I think I just want to put it out there in the ether again. I thought it would just go into the archive around the date it was written, but Blogger just sticks it up like a new post!

Ok, the following post is a little morbid and I don't want to alarm some of you out there but I just wanted to write it down. I'll probably delete it later on so read it now or weep forever :)

On the weekend I read a heartbreaking article in the Australian Magazine about author Matthew Reilly and his life since his wife died last year. I also found myself watching Australian Story last night which featured Diana Bliss and significant others talking of her life before her untimely death a few months ago. It occurred to me that the stories were very similar and that both of these women were very loved with lives that were seemingly perfect from the outside. What drives them to the point where they just cannot bear it anymore? I do not know.

I'm not going around focusing on depressed people, I just happened to stumble on both of these stories, and they piqued my interest in seeing if I could get some insight into this illness. I don't feel suicidal AT ALL but am mildly petrified of waking up one day and having my brain making a rather bad decision for me. I do not understand how I can think something one day and then the very next day I am shocked at the thought. So I always say sleep on it. 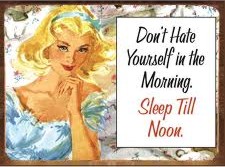 Highly positive HM has been put through the wringer a few times now. He's endured two post-natal depressions and about three grief-related depression periods. It does not get any easier for him each time. In fact it gets harder. The only thing he can do is remember that a depressed person in the real grip of it does not know what they are saying. They are irrational. Someone once told him that You cannot rationalise irrational behaviour. This is very true.

The kids know it too. They feed off their depressed mother's moods and when that person is not there in the capacity they should be, they push harder and harder for the love and attention which often makes me more depressed. It can be a vicious circle.

It doesn't matter how much I ignore the little peeps I know that they will turn around and love me at any given moment and I feel such guilt about the times I have not been there for them. 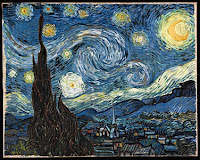 We discussed how we could avoid another bout of depression. We tried to think of EVERYTHING. But really there is nothing that can truly keep it at bay and often you are kidding yourself--it's kind of like cheating in a pilot's exam. You might pass the exam but you could die flying a plane. 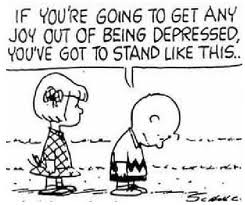 I know this post is a bit morose and not in the usual sarcastic, rambling vein but I just thought I would share how hard it is for the people who have to live with a depressed person. It's a bit of a thank you to them.

I am feeling pretty good by the way and the only way is up. This is despite the long-haired Barnstormer giving herself a somewhat dramatic haircut during one of our craft sessions this morning. While I was horrified at the time, I've since realised it's kind of cute to have two half lengths down the sides. At the risk of ripping off Crappy Pictures it looks like this: 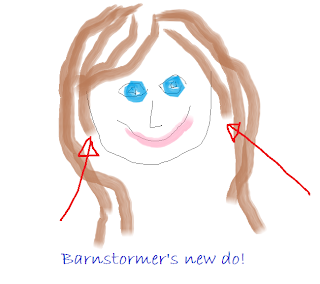 I only took my eyes off her for a minute and the damage was done ...
Posted by Triple Jane at 3:56 PM

I picked up a book Deborah Hutton's book "What Can I Do to Help?: 75 Practical Ideas for Family and Friends from Cancer's Frontline?" years ago and it was pretty cool (about what people can do that is actually useful to help a person with cancer).

BTW I changed my comment name to protect your anonymity, not mine!!

My sister, who has struggled through difficult bouts, just had this tattooed on to her arm - "The best thing for being sad is to learn something". It's a quote from T.H. White's The Once and Future King, and the whole thing goes like this:
“The best thing for being sad," replied Merlin, beginning to puff and blow, "is to learn something. That's the only thing that never fails. You may grow old and trembling in your anatomies, you may lie awake at night listening to the disorder of your veins, you may miss your only love, you may see the world about you devastated by evil lunatics, or know your honour trampled in the sewers of baser minds. There is only one thing for it then — to learn. Learn why the world wags and what wags it. That is the only thing which the mind can never exhaust, never alienate, never be tortured by, never fear or distrust, and never dream of regretting. Learning is the only thing for you. Look what a lot of things there are to learn.”

I saw your post on MamaMia too, but I couldn't come find you straight away cos my boss came back to the office!! lol

I started blogging myself at the end of April, so not long for me either and it feels like therapy for me. I have always written but then I stop when I feel good and that was part of the problem for me... so when I told my therapist of this blog idea, she encouraged me to go for it, so I think writing online in some form will always be a part of my life now!

I look forward to reading more of your blog too :)

Much love and total understanding,

Thanks MB. I'm ok at the moment. Everyday is different and what works for me one day might be the opposite the next day. Somedays I want to talk to no-one and see no-one and other days I want to go out and talk to the whole world. Some days I want random drop-ins and other days I won't be able to even reply to a text message. The best thing for me at the moment is blogging and getting it out of my head. For so many years it's been 'put on a happy face and have a nice glass of wine' and I realised it's not really the way to get through it. This time around am feeling a lot better. Thx for asking. xx

Also MB,
do you get a notification that I have replied to your comment? Let me know. If not, I think you have to click the 'subscribe by email' link just below. xx

My mum has had mega depression all my life; in part I'm sure having the life she did not want, seeing none of her dreams materialise and being battered by her first husband ; I learnt at a very young age how to cope with all these ESP the depression; lots of love and cuddles when I was a kid, and the abuse; ring the police! It was an incredibly difficult childhood and as a consequence I 'escaped' to live abroad as soon as I could do; oz being my first real escape!!!


Depression I've learned is a nasty vicious illness that is no ones fault and incl the people around you who at times are just doing their best to cope too!!! Depending on the relationship and age of the person they all do it differently and in their own way!!!

The hard thing to deal with is when you can see your loved one sinking into depression and no matter what encouragement, love, support etc they still sink further; it's frustrating, you feel guilty for not doing a better job and for me no matter how much I intellectualise and try to understand it; I CAN'T!!! It's not me so I think I never truly get it and then feel bad again for being frustrated at my mum for 'Allowing' herself to sink!!! You see even after all these years I still fuck up and let my emotions get in the way of truly understanding her illness and I think if I've learnt anything it's that all I can do is do my best to help her; sometimes it good enough and other times not! I'm imperfect.

I hate depression, I don't hate my mum! It's taken my mum away many times in my life and many times when I needed her she wasn't there. The illness did that! Not my mum.

It's made me stronger and independent. It's made me realise that to live a good life; for many of us ( incl loved ones of sufferers) its a fight our whole lives.

Sorry just thought that a perspective from the other side would be useful! Hope you see I'm not apportioning blame !!! Just that sometimes it feels harder to be the loved who suffers in a different way!!!
The pom

You mum is so lucky to have you. Another person may not have been so understanding with a depressed parent. It must be so hard. I myself remember, as a child, hearing about people who were "depressed" and thinking it just meant they were sad about something and that they would be ok soon. I had no concept of it as an illness and something over which they had little control. I hope my kids have seen the worst already. xx

Ironically the depression didn't seem so bad as a child in comparison to living in fear of watching the abuse!!! Abuse is so much worse to cope with as a child/ adult!!!

Your kids have a mega advantage in that they have a loving stable family home with no abuse!!! They will grow up kinder, more thoughtful, empathic kids as a result of their experience with you!!! Good lessons me thinks!!!

I already subscribed but it didn't let me know you had replied, will try to re-subscribe!