I have writer's block. I can't think of anything at all to write about without whinging and I am personally sick of reading whingy stuff on Facebook and literally everywhere. I've reread some of my earlier posts. I am such a whinger.

Watched Packed to the Rafters last night and aside from last week's episode, I haven't tuned in much this year. I was mildly horrified to see that Julie Rafter is now blogging. Vintage Mum I think she calls herself. And--quel horreur!--there's a Daddo in the cast. Oh the mainstream-ness of it all. And why do the Rafters have to be so clichéd? Dave Rafter will be tweeting about the next episode of Q and A at this pace.


Anyway, I digress. I really can't think of much to say. I've got too much work on and still suffering from SAD. A black crow keeps wandering down our path. I don't like this omen.

The alleged storm of the century last night caused a large tree branch to fall down in the back yard. The kidlets were most fascinated in the lead up to the storm and were hoping there would be some ugliness the next day. "When is it going to get ugly?" asked Barnstormer last night. Hammerhead wanted candles on. At that stage the power wasn't even out. It was as exciting as a trip to the zoo for them.

This was all of us in our bedroom this morning though:

Thank god for gas stoves and hot water systems during a power blackout. It was nice to be able to have my hot cup of caffeine-free cereal beverage coffee replacement (?) and a shower, even if it was in the dark. HM made me a latte yesterday. It was delish and I savoured every drop. But I don't need them every day.

Ok, on with today's work. As I had anticipated, the publishing company I am dealing with IS way behind schedule (surprise!) so the pressure is somewhat relieved on the current workload. Although, completed projects mean money so it's still on with the show.

Procrastinating with the work stuff even further, I googled Insane Jane just to see what came up and was flabbergasted when I stumbled upon this: AN ENTRY IN THE URBAN DICTIONARY
And all this time I thought it was just a random rhyming adjective. No wonder I am whingy.

I wish I could hibernate during winter. Dear blog, I promise not to post again until I can think of something positive to write about. 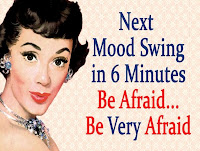 Darls you can't be super smart, funny and witty every day!!! ... And if you can ; pretend you can't cos you make the rest of us look bad!!!
The Pom

I'm still coming to terms with the Urban Dictionary entry. It was me to a T.

More posts please, more posts please! (etc). Well, I would have realised there were more posts had I signed up for updates. I LOVE your blog because it's real - I just can't stand all those "here's the perfect such and such I just baked while I was growing this ABC in my organic garden - and aren't my photographs so beautiful (of the pie/ frittata/ hand mixed ice-cream etc". Though I haven't read Urban Dictionary yet...

PS do I have to prove I'm not a robot every time or can I have some instant approval if I can sort out my profile? Sometimes it's really hard to tell what the letters are!

and one more thing - you writing about "whinging" is very very funny! I literally laughed out loud at this one!

Yes, I too do not like those style of mummy blogs, as you may be able to tell from some of the blogs I've linked to. Urban Dictionary is not a blog. One would not read it as such, one might look up a word or phrase when they a hear a new one the street, for example, what is a FACEBOOK NECROLOGIST? Look it up!

I've taken the unreadable anti-robot words out of the comments but if I get spammed by bots, they're going back. Don't worry I hate them too and sometimes have to reload them 3-4 times myself.

PS: An FB necrologist is one of those peope who write RIP {insert dead celeb here} whenever someone remotely famous dies. There is a name for everything these days.

This is totally my problem! I want to write a post but all that comes to mind is whingeing complaints. Sigh.

I'm now thinking blogs may have been designed to allow people to vent their frustrations about everyday things, all in the comfort of their own home, thus saving them from boring their friends to death when meeting up for coffee.