This is not a woe-is-me post. It's just that for the first time in the history of my life, I experienced a fairly crap birthday. While I should be UTTERLY GRATEFUL that I have had 43 most excellent birthdays, I am choosing to document my one (and hopefully only) crap birthday. 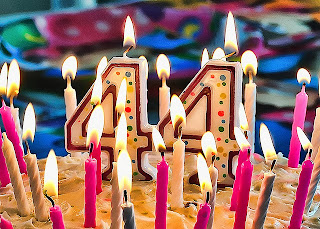 Yep. I turned 44. We live at number 44. It was supposed to be a monumental milestone celebration but instead, it was fully sick. I was fully sick. HM (always sicker than me no matter what) went all out and contracted pneumonia a week before and even though I'll never, ever, EVER be as sick as him, him being a man and all, I succumbed to various flying bacteria and came down with some just as vile bug. The kids are sick too. We are all just getting over things now but still on our medications. I now have an ear infection and sinusitis and it's a whole WEEK after my birthday. 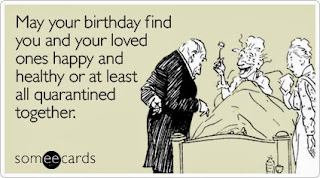 So on The Day not only were we feeling disgustingly poorly, we decided (for the sake of the kids' birthday excitement and anticipation) that we should at least venture out of the house for a coffee and perhaps some brunch. But this trip was fraught with bad omens.

First of all, HM put the window down in my car, completely forgetting that it was faulty and not to be touched. I then tried to put it back up once we arrived at cafe as it looked like rain, but to no avail. Something I should never have bothered with. 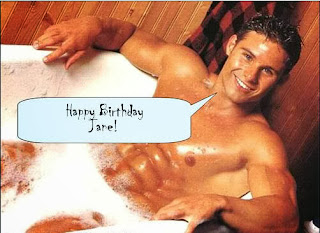 Secondly, Barnstormer, a cafe connoisseur who is usually well behaved on such outings, decided that on this day of ALL days, she should display all of her learnings from Precociousness 101. She'd had a school excursion the day before and was experiencing "the hangover". I won't go into the deets but let's just say it was in our best interests to leave.

So we returned to the car after her performance only to find that I had a flat battery due to the tampering with the window without the engine on. Was this really happening I thought????? 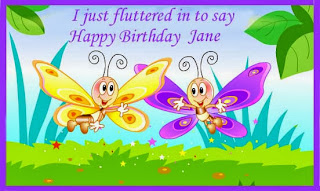 I decided that I would first call a cab as HM was seriously struggling with pneumonia and had to get home as soon as poss. OF COURSE, it was grand final day meaning that ALL TAXIS were being used to ferry the revellers to their GF viewing venue of choice. Absolutely no taxi driver in the entire universe--not even a newbie on his first day--was going to come to our cafe to drive us one whole suburb away. HM even scoured the beach looking for a surfer or ANYONE he might know to provide a lift.

Meanwhile I called the lovely people at the RAC. The handsome RAC prince arrived in only 20 minutes and worked his magic. Five minutes after that we were dropping HM at the front door, with us continuing on to give the battery a bit of a charge. 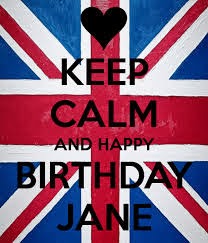 In the afternoon we decided we would take my home-made birthday cake with the sugar crafted decoration of a champagne glasses $3 Coles bday mud cake to the park and let the kids run around. Got everything ready; candles, plates, spoons, serviettes and off we went. Arrived at the park and the kids had an absolute ball running around for ALL OF 15 SECONDS before HM and I decided it was more freezing than Antarctica. So we ate the cake in the car, in the car park. So sophisticated.

During the day I had bought a bag of prawns (laugh if you will) with a view to cooking up a storm while watching the GF, but as things went from bad to worse with my health, all I could muster for lunch was second hand snaggers in white bread with tom sauce. Dinner was even worse with fish out of a box in the freezer and left over chips from the cafe visit that morning. Yep, you know it. That horrible mushy cardboardy taste of reheated chips. Anyway, the whole lot ended up in the bin and I actually did resort to cooking up a wicked prawn pasta. But couldn't really enjoy it. Now normally on my birthday HM would assume all cooking responsibilities or even take me out to dinner but he really was down for the count with the pneumonia. The Surfer was absent and Hammerhead's culinary repertoire, while very creative, does not extend further than ham and cheese croissants, which we'd already devoured mid afternoon. 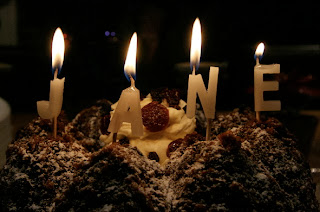 The whole messy affair of the birthday culminated in HM and I trying to outdo each other with coughing and spluttering on the couch (I am more sick than you) while watching a Rock Husdon/Lauren Bacall movie. We spent the entire movie trying to work out who "the other guy" was and HM fell asleep in the crucial last five minutes which explained everything, as he is wont to do. 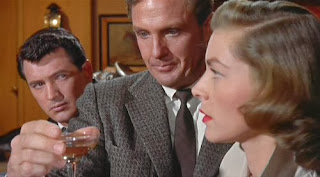 ... the Other Guy was Robert Stack. Thanks IMDB.

HOWEVER, there were some highlights. I did get some divine presents and HM even went to shops in the midst of his pneumonia which I shall always remember. Also I did get to see my lovely parents on the day, straight after the RAC fiasco. And I was privileged enough to watch Hunters and Collectors put on a great show at the GF (on TV). But nothing is quite the same when you are feeling vile and in all honesty I just wanted the day, and the expectations that it brings, just over and done with. Hope all of you have gotten over your winter/spring lurgies!
xx
Posted by Triple Jane at 4:57 PM

Oh No! This completely blows (literally). You deserve a belated birthday celebration in a few weeks time. Hope everyone is well on the road to recovery.

Thanks Mumabs, Also I put that bit of crumpet in there especially for you! x

What a shocker! When last year's New Years was dreadful for a friend and both (at separate events) we got together on January 1 and started again. We just decided the first New Years didn't count. Maybe we could do same with your birthday.

Maybe we should celebrate BOTH our birthdays with lunch somewhere with the girlies. Let me just get past the planning and logistical nightmare that is shaping up to be Barnstormer's bday (on the 21st Oct) and then I'm in.

Love your blog Jane...asshole way to celebrate a birthday but they are meant to last for 7 days so you've time up your sleeve yet. Hee hee!

Thanks for stopping by Jane! I wrote this post 7 days after THE DAY so I'm thinking my time might be up😞

As you have celebrated 43 best birthdays and sharing your crappest birthday ever which is full of fun too. The selection of cake for birthday or wedding occasion is not easy as people think but cinderella birthday invitations is the best method to invite people as well get our services for arranging your party.