Dangerously close to another meltdown this morning. Everything became too much. Yes, I know what you are thinking, some of you have spoken to me as recently as yesterday and I would have said I was feeling really good. I am still desperately struggling with the face-to-face stuff. I do feel so much better putting on a happy face. I do try to convince even myself that all is good. 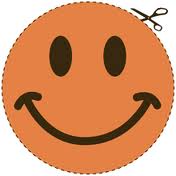 And then I think, am I just a drama queen? Aren't these all just first world problems? That everyone has.

I had a bit of a moment this morning. I was just recovering from a conversation with HM about insane work choices and realised something had to give. I simply cannot keep working day and night (and I mean till 2am and later) and missing out on all the good family stuff. Some nights HM has been asleep for six hours before I even get into bed. I cannot remember the last time I sat in the loungeroom at night without my lap top. I am either too tired to or I am working.

And I am a boring mum at the moment. Sometimes the only quality time they are getting with me is the bedtime story extravaganza. Which could soon to be made into a movie I might add.

So after my almost-crash, I buckled down to work this morning and lo and behold, an email from the publisher. Turns out there were a few things she forgot to mention about the books that I am currently writing. It would appear that the series has "evolved" since we signed the contract some months ago. Apparently the books I am writing are not even going to be BOOKS (!). They are going to be INTERACTIVE WORKSHEETS. This "evolution" of theirs seems to have happened sometime over the weekend. What goes on in that place?

Now I won't bore you with the details but the ramifications for this lack of  CRUCIAL information in the publishing brief are bigger than Ben Hur. Essentially, almost everything I've written so far cannot be used. MONTHS of work now rendered useless. Naturally, I remained extremely calm upon reading this news. I wrote a nice reassuring, carefully worded, soothing email expressing that I did not mind at all that everything I've done so far has to be binned. I did not feel at all put out that I have spent so many nights ignoring my family. I mentioned that I was more than keen to redo everything and start again following their impossibly limited, new interactive format that evolved since last FRIDAY. I also pointed out that I was not fazed in the slightest at having to forward on far, far, far more interesting and highly lucrative projects to my other colleagues, so as to fully focus on these BOOKS that aren't going to be books. Yes, that's what I did.

Just kidding. Of course that's not what I did, at all. 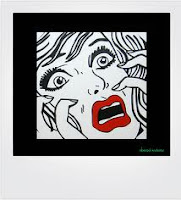 What really happened is that I fired off one of my horror angry-bird emails again. And I do have to say, my publisher--god bless--who I have never met face-to-face, is either VERY USED TO THIS KIND OF ABUSE or she is on serious happy drugs and whatever they are I would like some. She never writes anything remotely unpleasant back. She just goes with it and actually agrees with me. She even said, she will pay me for the book that is going in the proverbial bin. And that I do not have to rewrite it. I can just move onto the next books and she will give it to an editor who will "FIX IT" for me.

So I'm stopping now. I think my posts are far too long anyway. And I just wanted to end on a happy note. Also, just checking, who of you are actually reading all the way to the bottom? I want a show of hands. No, I want a comment. Anything to prove that you read this far. I'm off for a walk in the sunshine.

One sympathetic hand, straight up. How completely frustrating! But at least you will be paid for it. Hoping the sunshine helps.

It's up here too!

I should think she did!!! Bloody annoying and so frustrating!!!

But seriously you've got to knock this working all hours on the head!!! Your lack of sleep and exhaustion isn't good for you and I'm as ratty as hell when I'm tired, it can't be helped!

There's no such thing as superwoman!!! Just either lots of exhausted stressed out mums or women who have nannys!!!!
The Pom

It's my fault. I bit off more than I could chew. Tried to take on full time projects and forgot I only had part-time hours. It's hard starting up freelance, you don't want to say no to anything, just in case nothing else comes along...

I have a part-time nanny. Called HM. He's very efficient and incredibly patient.

Hands up here. I feel your pain and frustration. I am a crazy freelancer too and know what you mean about putting your hand up for everything just in case... I love your writing and enjoyed reading about your crazy day. Today my sis-in-law fell down a flight of stairs and broke both ankles and now can't come and visit us for her hols (not allowed to fly). I thought my day sucked until she emailed. Tomorrow will be a better day!

Hi Slyonwords,
Thanks for the show of hands! Very sorry to hear about your sister-in-law. How awful. Makes me think my whinging is just completely puerile.

I see you are a fellow editor. I shudder at how many typos and errors I have posted. I am so careless with my own work sometimes! I often post things in a hurry late at night, without giving it a more careful once over and hope that no editor friends will find this. Ssshhh...

Tomorrow will definitely be a better day for you and me and hopefully your sister-in-law!

hand's up here! Can't believe that happened, I would definitely be firing of an angry bird email as well!

I so get the close to meltdown happy face too - it really does make things easier sometimes, less questions to answer or having to explain how you feel when sometimes you can't even put that into words yourself.... trouble is if you do meltdown the next day, people don't get why... does't make you a drama queen at all:)

I have become aware of Steven Covey's 7 Habits of Very Successful People. The last habit is Sharpen the Saw. That is, look after yourself and have a balance between all the social, emotional, physical and spiritual aspects of your life.
Working day and night is not a good way to go.

Yes, all very wise. It's just difficult at the moment when you think you have enough time but don't anticipate how long things are going to take. You also have no idea what projects lie ahead so you say yes to everything. Also doesn't help when there is a breakdown in the childcare scenario. I don't think I'll have this problem next year. Having said that, I do seem to do my best work at night! Also, I have renegotiated things with the ever-easy going publisher. Shouldn't be too bad from her on in.
ps. I know who you are! xxxx

I know you know but who knows who they really are, anyway?
Glad that things worked out with the publisher. I am sure that they value your excellent work.
By the way have you checked out Kahnacademy on u-tube. Salman Khan was featured in TIME magazine. His free tutorials are brilliant and will turn education around. Students will work on his tutorials at home and go to school for individsualised assistance from their teachers.