Tomorrow we are heading off to Dongara to attend the third State Surfing rounds (actually held at Geraldton). I may have already mentioned the anticipation in this earlier post. 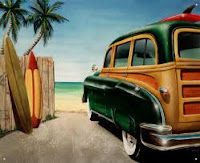 Hammerhead and Barnstormer are SOOOO excited and have been counting down sleeps for a week now. They have even packed their little suitcases for the first time. They have packed them full to the brim by themselves and lined them up at the front door. I was making dinner while all of this packing was going on and have only just checked the contents now that they are tucked up in bed. I have been pleasantly surprised to find that Barnstormer has remembered to pack her hairbrush, which is very odd as she rarely wants to use it at the moment.

Hammerhead's suitcase has his pillow pet crammed inside it with a new storybook (from Nanny) and his pyjama pants. He is clearly only focused on packing for the moment--bedtime.
Barnstormer's case has eight pairs of knickers, an array of short and long sleeved tops, jeans, a bottle of bubble making solution (!), five random pencils and three different sets of pyjamas.

I have come down with a cold. It crept up on me this morning and is worse than the man flu I've been dealing with for the last month. It is a ruddy, great, big, horrid, blocked up-type cold that requires me to walk around constantly looking for tissues and working out if we have any suitable medication that has not expired. The sinus tablets I washed down with a glass of red at dinner time have done absolutely NOTHING.

HM also informed me that The Surfer "smashed up" his board this afternoon. Yes, two days before the big event. This is like Cadel Evans getting a puncture in LeTour and having no one to fix it. OK, I know Cadel probably has ten bikes stacked up on some Mini Cooper's roof just behind him, waiting hungrily for him to get a puncture so this is not a fair comparison as alas, The Surfer does not have this luxury at the moment. And there is no way a ding can be repaired in this timeframe, not even via the DIY backyard job, considering we are leaving tomorrow. What to do?

For the record, "smashed up" will mean a tiny, seemingly insignificant indent somewhere on the board. It may even involve the need for a magnifying glass. Worse, it may mean he has to use a crappy older board. I don't know if I am a drama queen or not but when HM said "smashed up" I was at least expecting the board to be in two pieces. I know not the bounds of a surfer's sorrow.

Anyway, I am far, far more concerned about The Surfer or HM being eaten by a shark. But I dare not mention it ... it's the elephant in the room.
On a more positive note, I'm extremely looking forward to a getaway as it's been some time. I'm especially hanging out for more of this glorious sunshine. Have had an up and down week but am good now. One of those weeks where little things annoy me and I can fly into a rage at any given moment, usually over something that I wouldn't even care about at another time. But there's no point dwelling on it. It would be nice to know why because the very next day I won't understand why I felt like that.

What I do know, however, is that giving up coffee and wine didn't change anything in that respect. Which is somewhat of a relief ... imagine if you gave up coffee and wine and then EVERYTHING [as in mentally] was much, much better. And, even worse, you and every single person around you, felt that you should never drink coffee or plonk ever again !! I can honestly say that I didn't feel any better for it (other than experiencing some  'I'm purer than thou' feelings) and I know for a fact that HM missed sitting down for our glass of vino together while the fence jumper shows are on.


I had no trouble giving it all away but am now most content to have one long mac in the morning and a vino here and there. Not every night mind, but definitely one on a Friday.

Also, I must confess that despite having the best intentions, I still haven't packed my bag in advance.  I did, however, purchase a pair of thick three-quarter black leggings to wear under my skirts. As one friend has already mentioned to me, this is the closest I will ever come to wearing trackies. 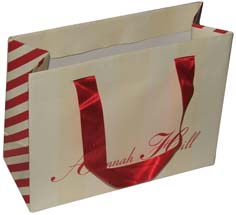 Also, a number of peeps have mentioned that they cannot work out how to comment below. If you click on the link that says X number of gorgeous people have commented then you should be given the opp to do this. You can be completely anonymous. xx

So funny and I can't believe the kids beat you to it with regards to packing!!!

Glad to hear that the cafe and vin had no noticeable effects from their lack of useage! The French would look at me very very strange if I suggested giving up either ! Both are national past times ! They don't have two hour lunches just to sip water!! It's all very annoying when you want to go to your bank or fav boutique and have to wait till at least 2.30 for them to reopen! You see the English would rather take half hour lunch, grab a quick Sarnie and leave early!! The French would rather have a delightful luncheon avec Amis and leave at 7!!!!! Think maybe they have the best idea! Live and enjoy the moment!!

So enjoy the moment and raising my glass to you !!! Bon vacances cherie!
The Pom!
Ps pics please!!!