We live on Weird Street

I am tired of talking about me so this is, quite plainly, a post about other people. And why not start close to home ...

It occurred to me when I was driving down our street some years ago, that almost everyone that lives here is weird in some way (except, of course, the darling people at number 67). In a nutshell, I believe that most of the residents that have chosen to live on this hilly beach side street, have been afflicted with varying degrees of OCD or just general weirdness, with regard to their property and behaviour.


It all starts with Number One and that would be where my parents-in-law live. I shall spare them from this post but they clearly fit into the category of weirdness that our street is all about. In fact, they can probably tick more boxes than most when it comes to strangeness.

And obviously, our house has its own multiple dose of OCD that has been talked about on here before, however, I would like to highlight some other goings on just to make me feel normal. I shall start by saying that nothing below has been embellished or exaggerated in any way. And of course no names have been mentioned.


Case #1
Last year the next door neighbour, putting himself at the huge risk of falling off a very high ladder, awkwardly proceeded to paint his already [professionally] painted roof alcove a lighter shade of cream, because—and I quote: "It wasn't the right shade of cream". Apparently there are Fifty Shades of Cream. However, it looks exactly as it did before. He almost dislocated a shoulder doing this.


Case #2
The man across the road took 15 years to build his carport. I even saw the start of it in 1996. We call it the Taj Mahal. If I was going to be slightly unkind, I might even suggest that it does not match the house at all, but who am I to comment on modern architecture. As if this wasn't enough weirdness in itself, he wrote down how much it all cost {OK, not very weird}, but he rounded everything to the nearest 5 cents {somewhat weird}. I know this for a fact because he told HM that the Taj Mahal carport cost somewhere in the vicinity of $19,875.45. He made a point of saying he rounded it off to the nearest 5 cents. Who does that? Then, after completing this mammoth 15 years of hard labour, he and his wife put the house on the market!! They weren't even planning on enjoying their Taj Mahal. 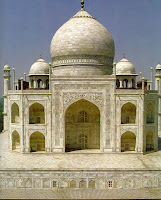 On hearing this, I looked the house up on the net to see what they were offering and the real estate agent had the AUDACITY to write on the ad: RENOVATE OR DETONATE! The Taj Mahal builder must have been horrified at the suggestion of demolishing his very hard-laboured carport. I suspect he took it off the market then and there as it would now appear that they no longer seem to be selling.


Case #3
The man next door to the Taj Mahal washes his 4WD every day. He was even seen washing it on Christmas Day. He also has labels on everything inside his house. Labels about the channels on the remotes, instruction labels for how to use the DVD player, kettle, microwave, oven, etc. I know this for a fact because we grabbed one of the tellies he put out on the bulk rubbish collection one year and he took me inside to hunt down the clearly labelled remote that was inside a clearly labelled cupboard. AND I mean, labelled as in providing a little mini-inventory of what was inside the cupboard.
Interestingly, this man has four sons and every single one of them is a commercial pilot.


Case #4
The lady across the road, on the other side of the Taj Mahal, once purchased an old typewriter from HM when he had a garage sale many years ago. It was a medieval early-electronic typewriter—a collector's item if you will. He sold it to her for the princely sum of $5. A mere two days later, she was on the doorstep, somewhat aggrieved and demanding her money back (as in a full refund of the $5) as one of the keys did not work. The thing was ANCIENT.

To this day she often gives HM the evil eye, like he is some kind of neighbourhood con-man cheating her out of her life savings, last seen jumping a fence on A Current Affair. 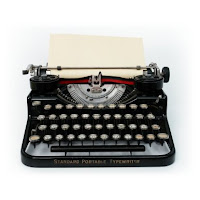 Case #5
On the corner there is a mad scientist type who is ALWAYS hammering and banging away in his caravan, even late at night. He has four grown up children who still live at home. They are all around 30 and each of them has a partner. At any one time, there are about six cars out the front and it looks like all of them are there for dinner. It's kind of like the Brady Bunch with randoms—as in the kids bought in the other kids to create a blended family. It's one person short of a commune. When Hammerhead and Barnstormer hit 30 they are out of here, if not WELL BEFORE. I mean, HM will be 85 by then! We will want some peace and quiet in our old age.


Case #6
There is a man over the hill who never, EVER opens his roller shutters in the front rooms and has bricked in some of the other windows. He's been living there for at least 45 years (HM grew up on this street and has never seen the shutters open). His house has ocean views and is probably worth a fortune, but the living room carpet never sees the light of day. I'm thinking someone has got some serious drug lab stuff going on OR they have that weird anti-sunlight disease—like the kids in The Others. I hope one day they don't find something horrible inside.

Case #7
Next door to the house-of-darkness lives a nice man who waters/mows his lawn ALL DAY. He used to have the best piece of lawn on the street until the people on the other side of him built a new house and installed AstroTurf. His world turned upside down that day.

Case #8
There is an elderly lady down the hill a bit, in a very large expensive house, who for some reason dresses like a homeless person. She is often seen walking home from the shops with grocery bags way after dark. A very safe time for an elderly lady to walk a kilometre to the shops and back. And she has a very nice car which I have seen her drive many times. And plenty of hours during the day to drive to the shop.


OK, I'm leaving it here. There is more but that's quite enough I feel. Do you have a strange street? Surely our street can't be alone.
Posted by Triple Jane at 3:49 PM

Some people are having some issues with trying to leave a comment. If you do have trouble, drop IJ quick email using the Contact link so she can fix the problem with certain users. xx

We just have neighbours that decide to start the leaf blower/lawn mower up on the weekend at 7am right outside our bedroom window. Is that even allowed?

ha- I've heard all these stories before and they still crack me up.

I know you have and I also feel a bit guilty talking about them on here, but nobody knows who I'm talking about. And their stories are just so bizarre, I really do wonder if our street is cursed and only people with weirdness end up here. They are all lovely people... except maybe the man who never opens the shutters. We don't know about him.

Hm..does having yr cheating-ex buy a house 2 doors down and across the road from you count as weird? Especially when he moves in with the girlfriend? I had to laugh :-)

That's not weird - that's crazy. Why would he do that? Is this the current situation? I hope he babysits while you are out on the hot dates!!