I am Alice in Wonderland


So, I've been having some extremely hectic dreams of late. Actually I always have them. But just lately, they seem to be even more vivid and convoluted than normal.


They're not nightmares and they are not usually scary, just a little bit twisted, if anything. The dreams are lucid, extremely theatrical and almost always, movie-length long. I think it must be the medication, but in all honesty, I've always been one for strange dreams, even as a child. Every dream is like Alice in Wonderland. Ones that linger with you all day. Some I NEVER ever forget. Ones that seem to go on for hours and hours. In fact, in one dream, I managed to have a five-year relationship with Owen Wilson. In this dream we met, then I met his parents, we got engaged, we had a big massive wedding (even though in my dream he was not famous). We lived in a big Vermont-style house (as if I would know what that is) and drove one of those station wagons with the wood panelling. Then once the honeymoon phase wore off, we had a baby boy (the labour was as painful in the dream as in real life), then two years later we had another baby. We even had a couple of birthday parties for the kids in there where I made the most spectacular cake that was a mini replica of an erupting volcano (?).

Yes, all of this excitement happened in the comfort of my own home one night a couple of years ago, after I went to bed. Of course, I woke up very confused. VERY CONFUSED. Suddenly, five years of family memories did not really exist.

They say that dreams are made up of the debris in our minds that collect during the day. OR at least I think I read that somewhere. That being the case, I do not know where the Owen Wilson dream came from. He is NOT the man of my dreams and it wasn't like we'd even recently watched a movie with him in it. He does not even feature in my Top Ten People who I would like to be with if I wasn't with HM. And now I can't watch ANYTHING with him in it without reliving all of that dream and thinking about what nice parents he had and wondering how OUR kids are going. One was called Rusty. And did he remember to put the car in for a service? 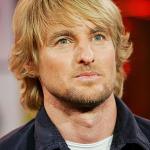 She is SUCH a nag. I wish she'd stop hassling me ...
I don't even know her, I never had a car with wood panelling.

Almost every night I dream. And they are always these long epic dreams. The sort of dreams Cate Blanchett might star in. There is always some kind of task that needs to be carried out, and in some cases I wake up mid-task so there is no resolution. I feel strangely ripped off and all day I wonder if I could go back to sleep quickly for the ending.


HM thinks my insane dreaming is possibly a result of me being something of a movie buff. Others say it is my vivid imagination. I feel I have to tell HM about my dreams so that I can get him to understand why it takes SO SO long for me in the mornings to get it together. I have to separate the dream from the reality.

And HM has no real experience of dreaming. He dreams, but it is forgotten before he wakes up and he may remember one thing only, if anything at all. I had a dream last night, he will announce. "Oh what happened? Tell me all about it?" [I am SO excited for him ... but it is always shortlived].

HM's dream: I fell into a swimming pool.

That's IT.
No other details.

In my dream it would be like this: We were at this dark castle, it was in the middle of the desert, everyone had a white four wheel drive, and I seemed to be wearing some kind of Elizabethan costume. Sometime after the main meal of Tripe we were all lounging around outside. And I slipped and fell into this huge swimming pool that seemed to come from nowhere in the yard of the castle. It couldn't be seen before and there were hundreds of people standing around all watching me fall in, and they were wearing masks; it was some kind of  masquerade party. And other people then jumped into the pool and some of them turned into mermaids and grew tails. Then all of a sudden the swimming pool water drained out of the pool and it revealed a secret code that was written on the floor of the pool, and there was a trap door on the side of the wall. The door opened and Frodo burst through it. But then he wasn't really Frodo and later on in the dream he morphed into the Year 5 teacher at Hammerhead's school. And he wanted everyone to follow him through the trap door to the "ship" but we can't get out of the pool because the floor of the pool has turned into quicksand and we are sinking and no one seems to be able to pull us out as we are sinking too fast and their arms aren't long enough and we end up pulling more people in with us  ... and so it goes on. Curiouser and curiouser.

It should be stated at this point, that I am not a reader of fantasy fiction  and I haven't even seen the Lord of the Rings trilogy. I am not into sci-fi or fantasy at all.  Absolutely nothing against this genre, I simply am not clever or abstract enough to understand the plot of the books and movies of this style. I can handle David Lynch though. In fact, he could easily be the scriptwriter of my dreams. 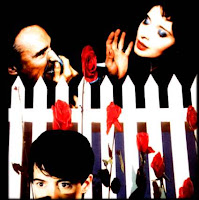 One other curious thing: I have this ability in my dreams to come up with one liners that only that character/person would be capable of. The other night I dreamed that HM's long-dead friend was actually alive and  knocked on our door dressed in a stolen policeman's uniform. There was all this dialogue in the dream which I was late able to regurgitate. When I woke up, I told HM exactly what happened and what was said in the dream. He said that is word-for-word what his friend would say. That ONLY he would say. He had a VERY DISTINCT sense of humour. So somehow in my dream, I was able to dream up stuff that someone else may have said. Maybe if I have a dream with Einstein in it, he could potentially explain to me a new theory that I could then develop. DREAM ON ... 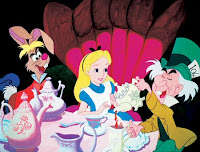 Do you have strange dreams like me? Tell me about the weirdest one, if you can remember it.
Posted by Triple Jane at 4:29 PM

Lots n lots of very lucid dreams in which I can speak foreign languages I've never studied and do things I can't do!!!!! Normally I love my dreams I wake up smiling and so refreshed.

At the min I'm having nightmares every night mostly about my boys and them in life threatening situations. They wake me up with a jolt and then I'm so disturbed can't get back to sleep!! Horrid.

Think it's my fears around my current illness and natural need to protect them esp as I'm infectious so no kissing, no sharing utensils, dipping my spoon in the soup to try etc. when you become a mum don't you think that your whole soul takes over caring for your children even in our sleep. I even dream how to get them out of bad situations !!!

Some dreams I've had premonitions so disturbing that I've written them down and sadly they've come true ; I woke up sobbing once after a horrid dream in which we were mourning the death of a baby. At the time I didn't know my sister was pregnant and I was living in Spain. She gave birth to her son stillborn several months later. Gruesome.


And then I have the dream ( same one over n over) that my friend is alive and didn't get killed by a drunk driver. I wake up happy and thank god it was all a nasty dream, pick up the phone and start dialling her number only to remember midway it was a dream within a nightmare!!!