So here we are in 2013 and it's nearly the end of January. Been so long since I blogged—lost my mojo towards the end of 2012 and still haven't really found it.

Still, I've been inspired by some new bloggers and some old favourites to get back into it. So here I am, fresh from possibly the worst January EVER and definitely my worst ever start to a new year, EVER.

Yes, dear friends, I spent New Year's Eve at Princess Margaret Hospital emergency department. Hammerhead severed an artery on some glass at OUR LOCAL BEACH. Some of you already know about this (some of you are SICK TO DEATH of reading/hearing about it) and some of you may even know that it triggered another depressive episode. It's always an event of some sort that brings it on. I am recovering well now and in fact, life is very good. I find I am much more quick to acknowledge the downward spiral these days, though I do wish that bastard black dog would just get run over and die.

On a more peaceful note, I am looking forward to Hammerhead being able to swim in his beloved ocean, because just between you, me and the Super Mario brothers, I was OVER.IT.BIG.TIME. Hammerhead being in plaster was like being put in a padded cell for a month with two crazed monkeys. He couldn't do anything: no bike, no pool, no bath, no shower, no running, no jumping and so on and it pretty much spelt out the same for Barnstormer, who was also suffering from a lack of attention. It was just story books and well, ok, the odd bit of telly and also the odd trip to the cinema—love their air conditioning.

Even the Super Marios were out—very hard for a 5 year old to steer with one hand (and of course it was his good hand that was injured so had to spoon feed and brush teeth as well). Plus we had to make several trips back and forth to the wonderful people at PMH. My heartfelt thanks goes out to all of the fantastic doctors, nurses and staff at that amazing place.

And you know what? Hammerhead NEVER EVER complained. Not once. He even learned some new way to wash his hands. I am so proud of my little boy. My little Zorro man. 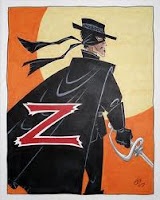 So I became inspired with the whole Z thing and have found Zen. Yep, I have gone Buddhist. I am only just starting but I've been reading a truly enlightening book called The Complete Guide to Buddhism for Mothers by the wonderful Sarah Napthali. My only regret with this is that I wish someone had put me onto it when Hammerhead had just been born. 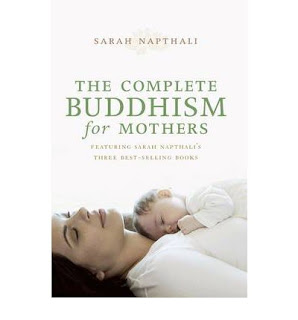 Anyway, I am now all Zen and at one with the universe. I'm even thinking of going on a retreat—initially because I saw this as an opportunity for a cheap holiday from the daily grind of household chores, mess, noise, school lunches and never ending questions, but now because I am MINDFUL of being a calm mother.

I've always liked Buddhas (in the physical sense) but had never really taken the time to learn about Buddhist teachings apart from the odd foray into transcendental meditation (with my hippie friend Moonbeam) when I was about 18 and some sporadic all-or-nothing yoga attempts over the years.

I never could meditate because I was too stupid to work out how to clear my mind. I also believed back then that NO-ONE could change how I think. Idiot. Perhaps this session below might have worked ... 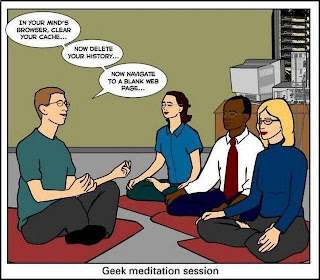 And now many moons later, we have several Buddhas in our garden and house, and I don't even think I can count all of the travel pics I have of me standing in front of Buddha. So it just seems natural to me now, as an extremely non-calm and non-peaceful mother, to become more immersed in this way of thinking. Being mindful of everything and focusing on the present. There isn't even a word in the Tibetan language that translates into GUILT. Nice one. 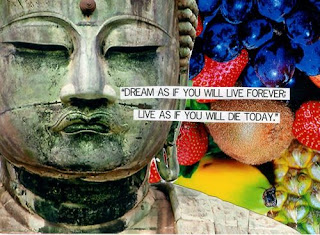